4am. I arrive on deck with Jon and the increasingly unimpressed Mike. Our course, due North. The wind was settled nicely on the port beam, blowing stiffly from the Irish shores. The lights on the starboard side were those of the TS Royalist. An infamous Navy training ship and veteren of the Tall Ships Races.
We heard their friendly banter with another vessel close by, although out of sight. The lady on the radio was sounding as beautiful as a lonely sailor's imagination could make her.
Jon had been to sea now for a few months and wanted to spark up a conversation, have some fun with the sassy, semi nude blonde nearly two nautical miles away. So, smiling and laughing we pick up the handset and put a call out...

The sound of jollity within the radio operators voice turned from airy jovial tones to a brick of professionalism.
'Irene, Irene. This is Royalist, Royalist. Send, over.'

It was as if with each word she breathed that her long windswept hair crawled back into the Royal Navy regulation bun. Her saucy uniform buttoned up, re-starched and her fishnets knitted into perfectly creased, standard issue trousers.

We made up a reason for the call, asked if she was wearing her uniform and ended the conversation. To coin the old nautical expression, we had cut and run. 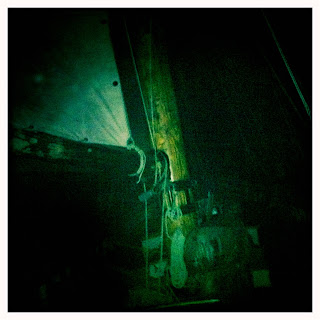 We were a stigma, The Irene of Bridgewater was not winning any admiration in this race. She was a 105 year old, 34 meter long galoomphing drunk at a party. A wooden embarrasment to the race. The only love for the boat or anything to do with her was from the crew on board. We knew this drunk, she had a rich and colourful story, way more interesting than most of the fleet combined. We knew the sober Irene, the Irene that had seen and done things and that was a stalwart member of a bygone age that all sailors pine for. She was formidable.

Why such loathing towards the boat? Perhaps it was because Leslie had had a huge falling out with the organisers years previously. Perhaps it was because we were making more news than the race itself. Snapping the main boom whilst gybing and then colliding with and dismasting a yacht en route to Waterford didn't help (Myself and Sacha joined after these events). This yacht was unlit in a commercial channel, the soul crew member on board was asleep, the other ships in the area also failed to see this yacht on RADAR or indeed without. A prime example of what not to do at sea. Unfortunately the Irene found this hapless sailor and the negative news stuck.
Perhaps the organisers and participants thought that we would cast a bad light upon the race with more and more bad news.
If we'd have known what the next few days would hold for us, we might have agreed...
Posted by Shipwreck Thom at 17:43